On January 10, 2016, David Bowie passed away at the age of 69—falling to his undisclosed battle with cancer.

Truthfully and with all due respect to the deceased, his family, and his followers, the news didn’t hit me all that hard. I didn’t know David personally…never saw him in concert…didn’t actively listen to his music. Heck, until last week, I’m not sure I could name one Bowie song.

But this past week, everything around me has been telling me I should. Twitter, Instagram, traditional media…they were all screaming to me that I’d been missing something all this time. That he was an integral part of the music landscape I’d somehow bypassed. That my life had not been complete, and now—in his passing—I needed to discover him. And so I tried.

The Search for David Bowie

I’ve spent the past week strolling through Spotify, hoping some riff or lyric would bore its way down my eardrum and settle in my mind.

But here’s what I have found…a good story. (Or at least a good theory.) In all my searching and all my listening, I discovered the track “Ashes to Ashes” off Bowie’s 1980 Scary Monsters (and Super Creeps) album. A fitting name, I thought. But more than the track’s ironic title, it was the song’s reference to “Major Tom” that caught me.

I’d heard of him before. Even with my limited Bowie knowledge, that was a name I recognized…Major Tom. But something was different here. There were ignition checks. No commencing countdown. No engines on.

So who was this Major Tom and why was he here? Was this the same fictional astronaut from “Space Oddity” who runs into problems after departing Earth? The same guy who leaves Ground Control with the message: “Here… am I sitting in my tin can, far above the world. Planet Earth is blue and there’s nothing I can do.”

The Story of Major Tom

Take a quick look at the lyrics, and it’s pretty clear that this is indeed the same rocket man. (Incidentally, many assume there is a strong connection to the Major Tom in “Space Oddity” and the astronaut in Elton John’s 1972 hit “Rocket Man.” But I digress.)

Here’s the chorus to “Ashes to Ashes”:

Ashes to ashes, funk to funky
We know Major Tom’s a junkie
Strung out in heaven’s high
Hitting an all-time low

Time and again I tell myself
I’ll stay clean tonight
But the little green wheels are following me
Oh, no, not again

I’m stuck with a valuable friend
“I’m happy. Hope you’re happy, too.”
One flash of light
But no smoking pistol

The story of Major Tom does indeed continue from “Space Oddity” to “Ashes to Ashes.” He’s still stuck in outer space, but has been able to reconnect with Ground Control. He tells them he’s good—happy in fact. They’re certain though that he’s a drug addict.

And so here’s where it gets fun. The stories, or conspiracy theories, behind the song.

Many Bowie followers see “Space Oddity” as an autobiographical tune, describing a drug trip Bowie might have experienced in the 60s. And then “Ashes to Ashes”—released 11 years later—tells the story of an older, wiser Bowie who recognizes his long battle with drug abuse and realizes that to move forward in life he’s got to find a way to overcome the addictions. To move on, he must not look back, so the fans say—as referenced in the lyrics of the refrain:  “My mama said to get things done, you’d better not mess with Major Tom.”

But now, in Bowie’s passing, we may never know if all this is true.

And that’s ok with me. It’s these hypotheses—these ideas surrounding the story behind the story—that make a song more interesting to me. They get me coming back, even if the sights and sounds of the artist don’t always resonate with me.

The Next Bowie Story

If you consider yourself “Bowieligious,” I’d love to hear from you. What have I been missing? Where should I start listening? What should I start reading or watching? Let me know below.

In the meantime, I’m sincerely sorry for the loss of your favorite artist. 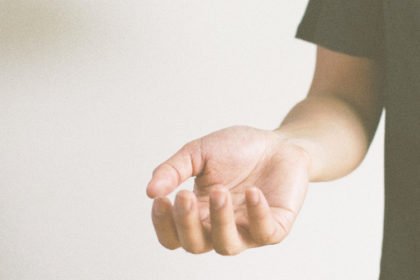 April
11th
Metaphorically Speaking Ep4: Pour From Your Core
Now, it’s nearly time to get in the studio and start shaping your story. But first, it’s time to figure...
Read More
Local SEO for Small Business
We make sure your nearby customers can find your physical location and the products and services they need.
Get Found Around Town