Earlier this year, I heard the story of Martin Pistorius on NPR. He was born in 1975 in South Africa. Just a normal kid mostly…until he turned 12.

He came home one day and told his mom he didn’t feel very well. It seemed like the flu at first, so his parents didn’t think too much of it. He went to bed to sleep it off, but just kept sleeping…nearly all day…everyday. And according to his parents, he didn’t eat much whenever he did wake up. They had to force feed into him.

He got tested for nearly every possible condition, but nothing came back positive. Within the first 18 months, he couldn’t speak and was wheelchair-bound. Over the next two years, he slept more and more and his condition worsened, losing the ability to move and speak. His body basically shut down.

Finally, the family received a diagnosis: cryptococcal meningitis. Basically, Martin had an infection of the membranes that cover his spinal cord and brain. And doctors didn’t offer the family much hope, calling Martin a “vegetable” with “zero intelligence.” Just take him home and comfort him…until he dies.

Martin didn’t die in that first year home…or the second…or the third. His parents continued caring for him every day and night. His father recalls the ritual:

“I’d get up at 5 o’clock in the morning, get him dressed, load him in the car, take him to the Special Care Center where I’d leave him. Eight hours later, I’d pick him up, bathe him, feed him, put him in bed, set my alarm for two hours so that I’d wake up to turn him so that he didn’t get bedsores. Every two hours, I’d get up and turn him over and then get a little bit of sleep. And at 5 o’clock the next morning, I’d start the same cycle.”

The ritual continued for 12 straight years. Every day, Martin’s parents went through the same routine, not really knowing who they were caring for anymore. Was he dead? Alive inside? Neither knew, yet they carried on.

But here’s the thing. For the last eight of those 12 long years, Martin was very much alive, very much alert inside his immobile body.

At 16, Martin’s mind began to slowly awaken. He just couldn’t alert anyone to it because he couldn’t move his body. He had to lie there and watch it all unfold before him. As he put it in his book, Martin was “locked inside his own body.” He describes it in this excerpt:

“I’m sitting on my bed. My heart is beating as my father undresses me. I want him to know, to understand that I’ve returned to him. He must see me!

I stare at my arm, willing it to work. Every bit of me condenses into this moment. I stare at my arm – pleading, cajoling, admonishing and begging. My heart leaps as I feel it respond to my pleas. My arm is waving high above my head. At last I’m leading the way back to myself with the kind of sign I’ve spent so long trying to make.

But when I look at my father, neither shock nor surprise is written on his face. He simply carries on pulling off my shoes.

Martin was trapped. Unable to speak out or get out. Alone. Completely alone inside the shell of his body.

So what’s that story have to do with music?

Not much to be honest. But for me it does relate to the most recent single released by the band Daughter, “Doing the Right Thing.” It’s a heavy track, tackling the subject matter of dementia. Nothing radio friendly about it at all.

But also nothing new from the indie folk band from England. Their 2013 LP—If You Leave—covered the deep emotions of life, death, and love lost. This new track—off their forthcoming album Not to Disappear (coming in January 2016)—picks up where that last album left off. Here, lead singer Elena Tonra whispers out her fears of “one day soon I’ll lose my mind” and bemoans: “I’ll call out in the night for my mother, but she isn’t coming back for me cause she’s already gone.”

But it makes me think of Martin, sitting there in his shell. Is that how dementia is too? Are its victims more alive and awake than we presume? Do they wish we could hear the screams confined inside them? How dark must their solitude be? How powerless must they feel?

To complete the story of Martin Pistorius, he slowly reclaimed the ability to move. Small motions, like squeezing a hand, progressed to sitting up on his own. He began to go to physical therapy and started taking classes. He also got connected to a computer that gave him the ability to talk again. He’s now married and works as a freelance web designer/developer.

Of course, that’s not how it typically unfolds for those who find themselves trapped inside themselves. As Daughter’s lyrics profess, they just sit in silence. 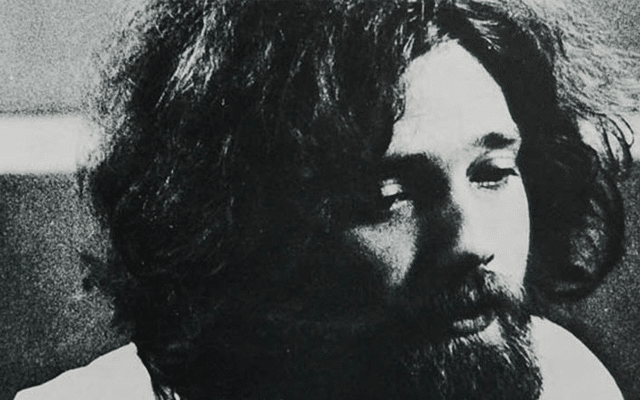 September
3rd
Writing Prompts: The Unconventional Bill Fay
Nothing inspires me to write like great music. Here’s an artist or tune that’s been tickling my ears lately...
Read More
Local SEO for Small Business
We make sure your nearby customers can find your physical location and the products and services they need.
Get Found Around Town