Top Spelling and Grammar Mistakes to Find and Fix 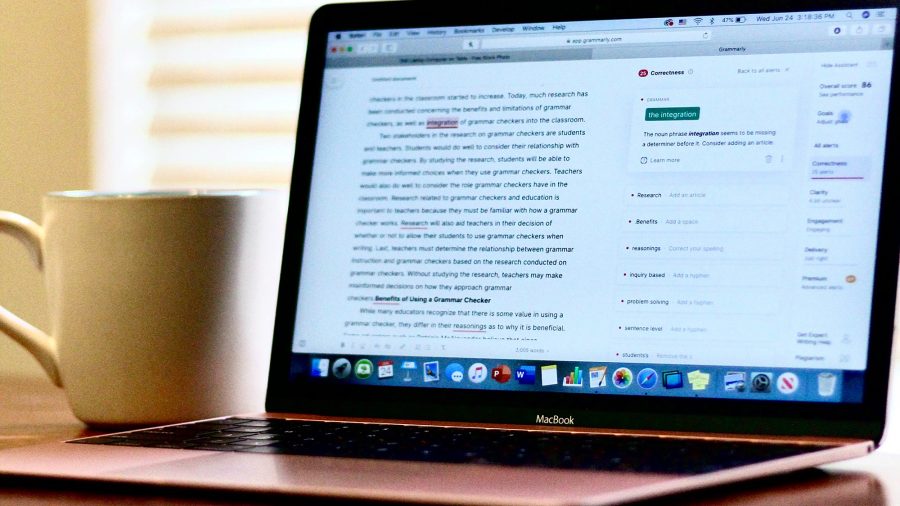 No matter how many years of education you may have under your belt, you’re bound to forget a thing or two. For some, it can be simple math (I admit, I use a calculator for determining the tip). For others, it’s historical facts. For many though, it’s spelling and grammar.

Words and phrases you thought looked or sounded right in your head may look like a foreign language to others on paper. This is usually the first sign that something isn’t right. Or perhaps, you didn’t even realize you made a mistake in the first place. It’s so easy to ignore these little nuances or skip over them. After all, does it really matter? The fact is that it does.

Below, we outline the importance of proper spelling and grammar, which ones are most common, and how to avoid them in your writing.

The Importance of Proper Grammar and Spelling

Regardless of the type of small business you own, it’s likely you still rely a great deal on the written word and content to communicate and drive business. Consumers are more dialed in than ever and are actively tuned in to what you have to say. Incorrect spelling and grammar needs to be a top priority for a number of reasons.

First, impressions matter. You want to make sure you come across as the business professional you are. Not only do you want to get their attention, but you also want to earn their respect. Good spelling, correct grammar and the appropriate use of punctuation will give them more confidence in the person (or the company) communicating with them. Research shows many customers would hesitate in making a purchase from a website that has obvious grammar and spelling errors. Competition is tough, and you only have a short time to impress a potential new customer. You do not want to present your products or services in an unfavourable light or make your readers lose interest with poor grammar.

Second, you need to build a trusted reputation. Customers are more likely to trust a company that communicates correctly. The use of proper grammar will help maintain your credibility and reputation as a professional, trustworthy enterprise that views all of its interactions with its customers as important.

Finally, you want to avoid miscommunication and misunderstanding. Incorrect spelling or a lack of punctuation may create confusion and your audience may be left guessing what you’re trying to say. Spelling errors and grammatical mistakes may also change the meaning of your message, which might result in misinformation. Some readers may get back to you to clarify, while others might not. And in the case of prospects, that’s something you want to avoid.

Grammar is usually the trickiest to identify, especially if you aren’t even aware of the mistakes you’re making. In this case, we recommend taking a look at the top 5 most common mistakes and literally writing them out on a note so you always see it and rehearse.

This one drives us crazy because they all have very different meanings and uses and can impact the tone of the piece. One’s a contraction for “they are” (they’re), one refers to something owned by someone (their), and one refers to a place (there). You know the difference among the three — just make sure you triple check that you’re using the right ones in the right places at the right times.

They’re on their way over to check out new jackets for the team. Over there they can find exactly what they’re seeking.

These two differ in that “You’re” is a contraction for “you are ” and “your ” is possessive showing ownership.

Most possessive nouns will have an apostrophe, but it can be a bit confusing when you’re trying to apply it to plural vs. singular. For instance: All of the dog’s collars went missing. The “all” here implies more than one dog, but the location of the apostrophe suggests there is only one dog.

Even the best writers mess up on this grammar point. “Its” is possessive and “It’s” is a contraction of “It Is.” Don’t let the “s” on the end confuse you with the contraction. Some writers avoid the error altogether by simply writing out “It is.” In this example, it helps to say the phrase out loud and set context and selection of the correct use of the word.

Passive voice happens when the writer puts the object of a sentence at the beginning, instead of at the end. Normally, the object of the sentence appears at the end, following a verb. Passive writing isn’t as clear as active writing and can confuse readers. Give them the gift of being active to keep them fixed on the present.

Spelling may not seem like a big deal since we have spell-check tools. The fact is, though, that the tool doesn’t always catch what you need it to catch. According to one survey, 43% of hiring managers automatically chuck a candidate’s resume if it has spelling errors. Another showed that 79% of recruiters said spelling and grammatical mistakes were the biggest “deal breakers” in job hunting.

Here are some of the most commonly misspelled words, along their common misspellings, and tips on how to get them right the first time:

Many people find this tough to spell. It’s those double letters that can get you. One tip is to think of an app (spelled with two “p” letters) to help you become a better parent.

This is high on the misspelled words list, but it really shouldn’t be. We all learned “i before e, except after c” when we were kids — and there’s definitely a “c” in the word!

Even spelling geeks have to stop for a second with this one. In fact, a study done in Great Britain found it was the number one most commonly misspelled word. (It also ranks as the top misspelled word in Google searches). But you’ll always get it right if you remember that the “r” separates two “a’s.”

The problem with this word is that the “ance” and “ence” endings both usually mean the same thing. Plus, they sound similar. The differences in spelling usually depend on the Latin root word and how it came into English. We say skip the rules and just memorize the difference.

When spelling this word, just remember, “I want to get it right.” Then you can remember that there’s an “i” in the middle and not an “a.”

There are many other words that are commonly misspelled and phrases that lack proper grammar. The important thing you need to remember is to re-read and review your work — or have a peer do it for you. Our computers have unbelievable tools to catch these mistakes, but they aren’t perfect.

What may not seem like a big deal to you may be a dealbreaker for a prospect. Don’t let that become your reality.

Share
FACEBOOK TWITTER LINKEDIN
January
15th
We’re All Storytellers…Whether We Like It Or Not
We all have a story. We’re telling it every day, writing out the next chapter, next paragraph, next sentence by...
Read More
Local SEO for Small Business
We make sure your nearby customers can find your physical location and the products and services they need.
Get Found Around Town