In the timeline of my life, there’s now a three-month gap that never happened. A block of time never to be recalled or reminisced about again. A space in my story that no longer exists from February 21, 2018 to May 26, 2018. For this was the segment of time lost after diving into a swimming pool to save my son from drowning. Let me explain how he, in turn, may have saved me from drowning in my own social media addictions.

My wife, son and I visited some college friends this past Memorial Day weekend at their home. And as he’s done every year for the past three years, Quinn took to the swimming pool like — well, a fish to water — getting a little braver each time.

On this particular day, the pool was filled with kids from four (Quinn’s age) to 17, as well as the occasional 40-year-old parent. I had just exited the pool, showered, dressed and returned to the pool deck when I saw Quinn hanging onto an inflatable chair rather precariously. I yelled to him, “Quinn, you’re not supposed to be on that one. Get to the inner tube.” He obliged, knowing he’d just been busted for not heeding earlier instructions on which floatation devices were permissible and which ones were not.

From my seat some 15 feet away, I watched as he kicked to the closest inner tube, navigating through 2-3 kids into the deep end (i.e., the entire pool minus the entry steps for Quinn). In the transition, I saw Quinn’s grip slip, and he soon found himself underneath the tube with nothing to grab on to from his position. His head soon dipped under the water, as he clawed up at something — anything.

I now stood up and started walking to the edge of the pool deck — my eyes never leaving him. Quinn’s head continued to bob up and down above the water a few times. Then, it came up for good after I jumped in and lifted him out of the pool. I carried his shaking body toward the edge where his mother was waiting for him. With her on land, he immediately fell into her arms and began to cry. 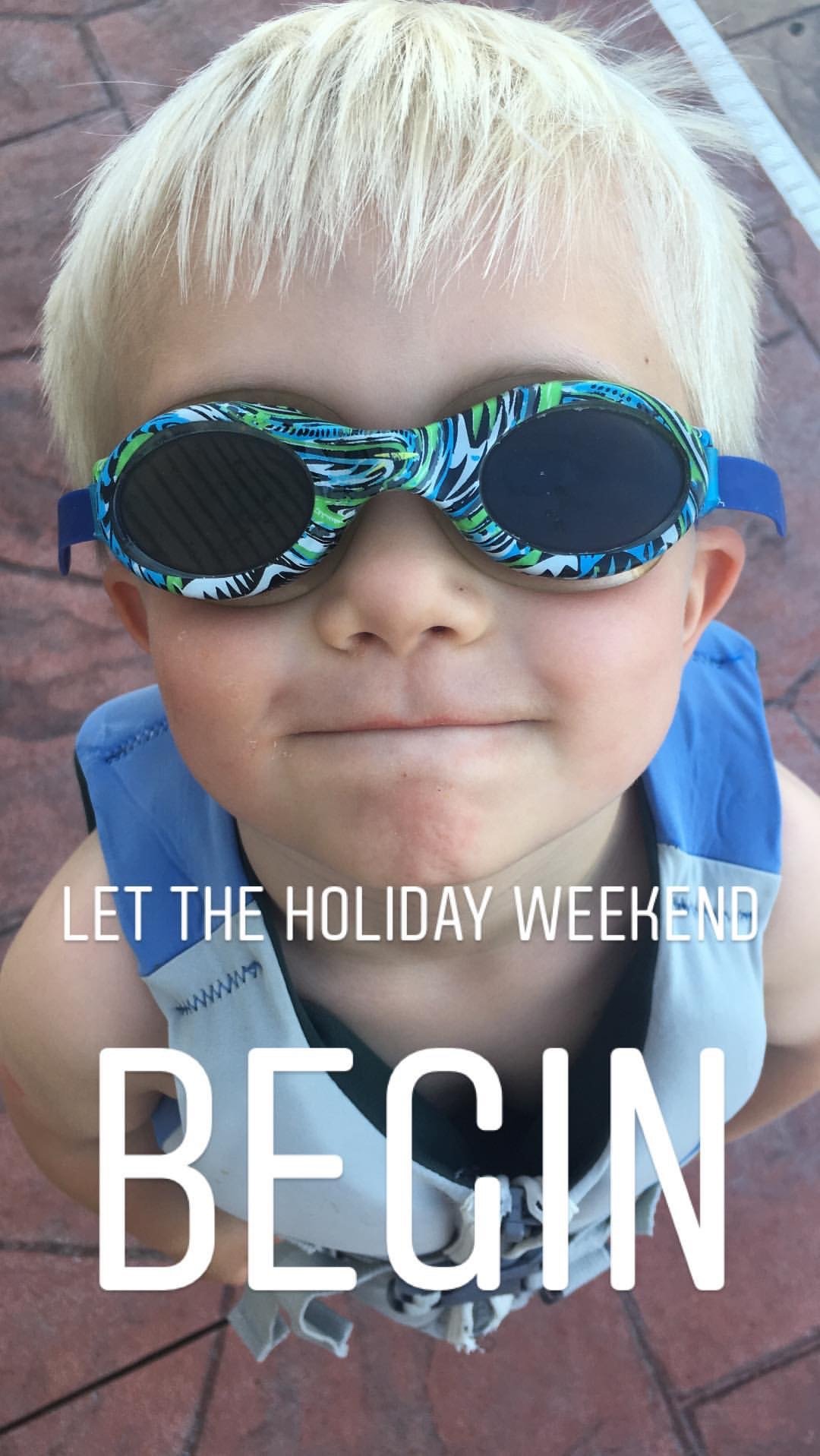 As I waded toward the steps, it dawned on me that I’d just jumped into the pool fully clothed — shorts, shirt, wallet, watch, and phone. And now, inside the front pocket of my waterlogged bermudas, was three months of photos, videos, text messages, audio recordings, and personal notes e-gasping for breath.

I hurried up the stairs to towel off. For the first few minutes out of the water, the device seemed fine. In fact, my son’s wallpapered face was smiling up at me from the home screen. But just a few minutes later, it would lose its short-lived battle — along with all the moments of my life digitally captured since early February.

Or so I first thought.

But now, as I handwrite this blog on a piece of scrap paper while my phone lies inside its Tupperware casket of Uncle Ben’s Rice, I begin to come to terms with a few things about my life — both in its analog and digital form. And these are the things I’ve discovered so far.

FIRST, it pleases me to see how much I love my son. Not that there was a lingering doubt in my mind, but it’s moments like this that let one know just how deep the love goes. As I recount the experience, there wasn’t a moment when I stopped to contemplate whether or not I should dive in — or even if I should do anything first to prepare. It was all just an instinctive response to a need, and I’m very proud by how I responded.

SECOND, I see how much I love my phone. In fact, if I’m honest, I’m experiencing a bit of withdrawal right now without the device at my side. (Full Disclosure: I couldn’t recall the word “withdrawal” for a minute and my first inclination was to Siri search it.) It bothers me how dependent I am on it, and how acquainted we are. Hell, just moments after saving Quinn, my very next thought was about the life I’d just lost inside my phone — as I walked out of the pool holding it above my head in the hopes that the humid air would instantaneously dry it off or that God would shed his mercies upon its circuit boards. That’s absurd, and it’s telling of the ludicrous love I have for my phone.

THIRD, I reject the thought that all those experiences between February and May have been lost forever, and I accept the truth that they still live on in my memory. They weren’t all lost on my drenched device. You know who was there eating the buddha bowl in that Facebook photo? Me. Who was standing next to my son as he boomeranged back and forth in that Instagram video? Same person — me. The truth is there’s an actual recorder inside my body that sees, hears, touches, smells, and tastes the world, logging it away to be recalled at a later point in time. It’s my memory. And while it may be slowly losing its power with age, it also doesn’t short out every time I jump in water. I must use it more.

FOURTH, I must be far more present in life’s experiences than I have been. Somewhere along the way I’d retrained my mind to think that I don’t need to pay attention now because whatever’s happening will be saved somewhere for later. And as a result, the world I lived in and experienced became the world I talked about and described. I’d begun encountering less and less and documenting more and more — for myself or for the likes, comments, and emojis from others. And so I missed the here and now.

This post is the reclamation of my awareness. It’s my metaphoric belly flop into the deep end with all the digital encumbrances blocking me from this very moment.