I’m a sucker for a good story—mainly those stories of lives well lived. And I recently discovered such a story on the hope-filled life of Pete Seeger.

Born in Patterson, New York on May 3, 1919, Seeger had music running through his veins at a very young age. When he was just 18 months old, he traveled with his parents and siblings in a modified trailer, playing for workers throughout the southern U.S. And music never left him.

For much of his career, Seeger was (in my opinion) wrongfully accused of being anti-American. He did have strong political views that from time to time veered into odd spaces, like his joining of the Communist Party USA. But when looking at his whole body of work, I agree with Andrew Cohen who said, “I think he loved America so much that he was particularly offended and disappointed when it strayed…from the noble ideals upon which it was founded. I don’t think that feeling, or the protests it engendered, were anti-American. I think they were wholly, unabashedly American.”

I think Seeger, like all of us, was continually working out his views on wars, civil rights, the environment, political figures, etc. And he just used his platform as an American folk singer to voice his evolving views. And why should it? He had a voice, so he might as well use it.

He also used his pen to write and co-write such songs of hope as “Where Have All the Flowers Gone?,” “If I Had a Hammer”, and “Turn! Turn! Turn!” And his music, his writings, and his spirit influenced the work of Bob Dylan, Bruce Springsteen, Joan Baez, and Dave Matthews—in much the same way his idol Woody Guthrie influenced him.

During the 1940s, Seeger and Guthrie hitchhiked, hopped freight trains, and played saloons across the country, and it was there—across the backroads of America—that Seeger began to learn of the power of music. He met countless impoverished people who were starving to be heard. And so he wrote songs that told their stories, becoming the voice of the voiceless.

Recently, I watched an American Masters story on PBS called, “Pete Seeger:  The Power of Song.” And at the end of that documentary, Seeger asks a striking question:

“Once upon a time, wasn’t singing a part of everyday life as much as talking, physical exercise, and religion? Our distant ancestors, wherever they were in this world, sang while pounding grain, paddling canoes, or walking long journeys. Can we begin to make our lives once more all of a piece? Finding the right songs and singing them over and over is a way to start. And when one person taps out a beat, while another leads into the melody, or when three people discover a harmony they never knew existed, or a crowd joins in on a chorus as though to raise the ceiling a few feet higher, then they also know there is hope for the world.”

Leave it to Pete to make you stop and consider the world around you. He died on January 27, 2014, but his song of hope plays on. 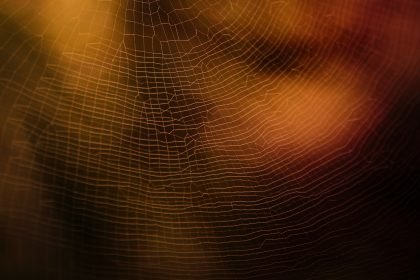 June
17th
Website Crawling and Your Content
Content. Content. Content. The way Google previously structured their SEO scoring system for keywords meant everyone produced loads of content....
Read More
Local SEO for Small Business
We make sure your nearby customers can find your physical location and the products and services they need.
Get Found Around Town